Free delivery on all PC systems

Built around the excellent Jonsbo UMX3, the Nofan A870 Silent Desktop is quite possibly the most attractive totally silent small PC available! 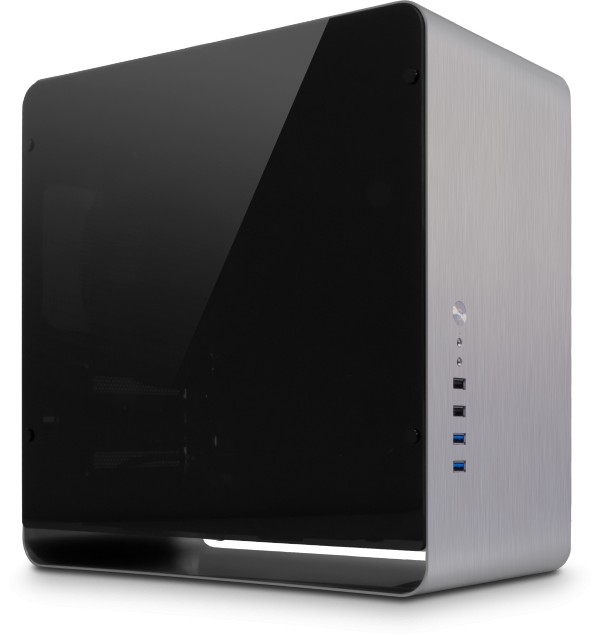 Building a PC around the Jonsbo UMX3 chassis was a must as soon as we saw it, it is such a great looking case it had to be done. The full brushed aluminium outer casing and minimalistic design give it a sophisticated high-end feel. It measures just 365 x 188 x 358mm making it extremely compact. One would think that due to these small dimensions there would have to be some compromise regarding the components it can accommodate - that is not the case. It can accommodate a 8th Generation Coffee Lake CPU along with a fanless graphics card if required, meaning you can achieve excellent performance and total silence in a small and elegant chassis.

This PC takes advantage of Intel’s latest CPUs, which have broken the mould as they now feature more cores and threads compared to previous generations. The Core i3 now features four cores, the Core i5 six cores, the Core i7 has either six or eight cores and the Core i9 is eight cores, which is a significant increase over the 7th gen processors. As well as an increase in core count, the amount of threads for each CPU has also gone up, meaning more multi-tasking can be achieved. These additional cores and threads really make the Intel’s latest CPUs a great performer. For example, the Core i3 8300 CPU is now equivalent in terms of performance to the 7th Gen Core i5 7600 but costs significantly less - giving you more performance for less money. 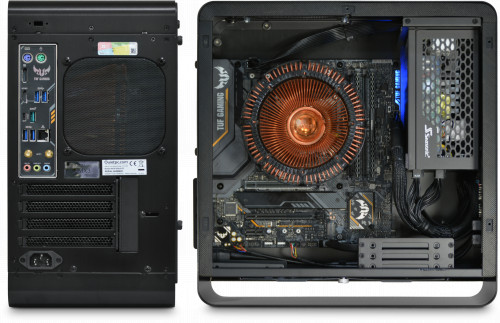 Rear and side view of A870i, glass panel removed

We also have available Intel’s cost effective Pentium GOLD 8th Gen CPUs. These CPUs are perfect for cost conscious customers looking for great performance on a budget. They are ideal for a general purpose/office PC as they have two cores and four threads, allowing for reasonable multi-tasking performance.

When specifying your new PC’s storage options using our system configurator below, you will be offered a choice of drives which vary by price and capacity. There are two primary types of storage. A conventional hard disk drive (HDD) offers huge storage capacity for a low price, but it won’t be especially fast and it will generate a certain amount of running noise since it contains a constantly-rotating spindle. A solid state (SSD) or a M2 drive on the other hand, offer tremendous speed and absolutely silent operation, but they cost more than an HDD for any given capacity.

So if you need a lot of storage space (for videos or large quantities of digital photos for example), then we would recommend an HDD. On the other hand, if you prefer silence and speed (especially boot-up speed), then an SSD or M2 drive would be a better choice. Of course, you can have more than one drive, so you could have the best of both worlds by choosing one of each! We recommend that customers choose an SSD or M2 drive as a boot drive that contains the operating system and important programs. A conventional HDD would store other data but remember that if you intend to have a totally silent PC, you might want to forgo the HDDs altogether as they will make some noise due to their moving parts.

The price of many pre-built PCs these days is often supported by cash kickbacks from software companies who pay hardware manufacturers to pre-install limited or trial versions of their software and then hope that the customer pays to upgrade to the full version. The downside to this approach is that the new PC comes pre-loaded with a lot of “junkware” which bloats the operating system and can cause severe performance degradation.

Here at Quiet PC we believe that customers have every right to expect the best possible performance from a brand new PC, so every system we build comes with our Clean Build™ promise. We install the operating system (if you order one), motherboard drivers, OS updates and Microsoft Security Essentials / Windows Defender - that’s it. You won’t be pestered by pop-ups and nag screens and you can get on with using your new PC immediately without having to uninstall lots of junkware first. Your new machine will boot in super-quick time and will stay running quickly for many months and years to come.

We offer free hardware technical support for as long as you own the machine. This support covers any hardware query or problem, including advice on maintenance and upgrades. We regret we can’t offer software support or training so we would recommend contacting the software vendor in this instance.

Our hardware warranty runs for two years and is “collect and return” meaning that you don’t need to worry about getting the machine back to us - we will instruct our courier to collect it from you on a day of your choosing, then after we have checked and repaired it, we will send it back to you by express courier at our expense. In addition, unlike many other PC suppliers, we have an “open-case” policy which means you are free to open the machine and perform your own minor modifications or upgrades without worrying that your warranty might be affected. 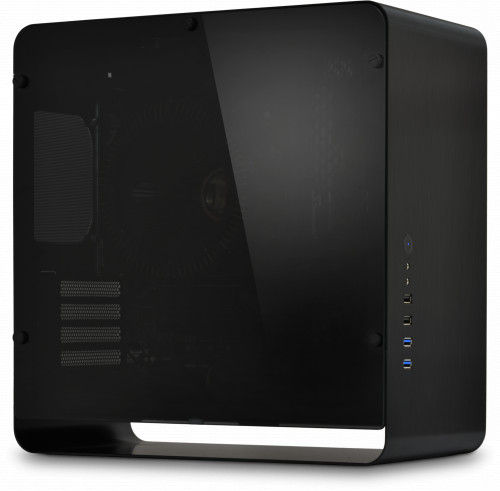 “I ordered a custom version of “Quiet PC Serenity Office”. I made a conscious decision not to go for the completely fan-less model as quiet would be good enough and other equipment makes a noise anyway. I’m impressed with both how quiet the “quiet value” range is and how competitive the prices are with other vendors without such lofty aims. The customer service was spot on.”