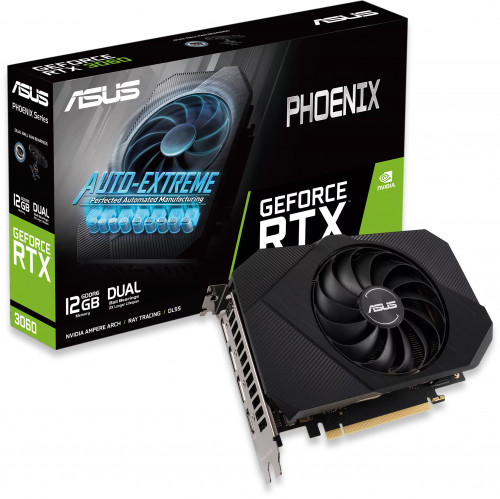 The ASUS Phoenix GeForce RTX™ 3060 derives its name from a high performance output in a robust package. A large single fan takes advantage of our Axial-tech fan design and a dual-ball bearing fan that lasts twice as long as sleeve-bearing alternatives. To raise the bar, each card is manufactured using our fully-automated Auto-Extreme Technology manufacturing process and put through a 144-hour gaming stress test. If you’re looking for a long-lasting companion to power you through years to come, look no further than the ASUS Phoenix.

Different bearing types have unique pros and cons. Ball bearings excel at durability and can last up to twice as long as sleeve bearing designs. 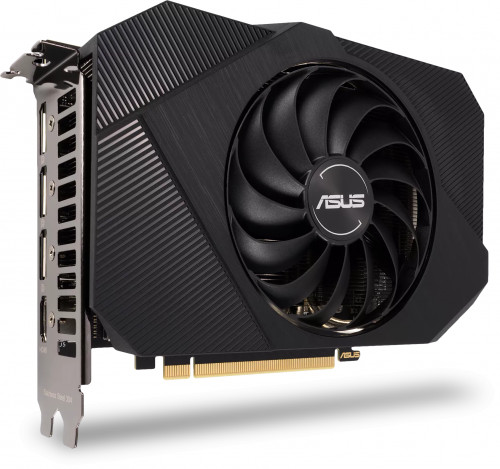 The PCB is reinforced by an aluminium backplate that adds structural rigidity, helping to prevent flex and protect components and trace pathways from damage.

Each card must meet rigorous performance and reliability standards before it ships. Performance and stress tests are run with the latest chart-topping titles like Fortnite, League of Legends, Overwatch, and PlayerUnknown’s Battlegrounds. We also carry out reliability trials that include a 144-hour stability test and a series of 3DMark benchmarking runs to ensure the card performs well when pushed to the limits.