The Palit GTX1650 KalmX is currently Nvidia’s faster totally fanless graphics card that provides enough performance for 3D gaming at 1080p and multi-monitor systems. The card also features HDMI 2.0b and Displayport 1.4a. 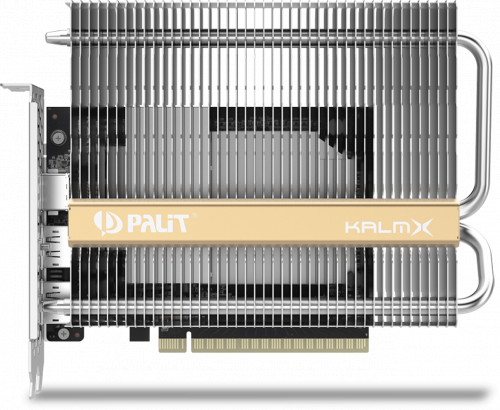 With a passive cooler and an the advanced powerful Pascal architecture, Palit GeForce GTX 1650 KalmX - pursues the silent 0dB gaming environment. Palit GeForce GTX GTX 1650 gives you the gaming horsepower to take on today’s most demanding titles in full 1080p resolution at 60 FPS.

Dedicated GPU power accelerates the creative apps you use every day. Combined with NVIDIA Creator Ready Drivers, you’ll get the best performance and reliability to supercharge your creativity. We’ll handle the tech so you can focus on your passion, creating.

Easily upgrade your PC and get game ready with performance that’s up to 2X the GeForce GTX 950 and up to 70% faster than the GTX 1050 on the latest games.

This powerful photo mode lets you take professional-grade photographs of your games like never before. Now, you can capture and share your most brilliant gaming experiences with super-resolution, 360-degree, HDR, and stereo photographs.

“My order was processed and dispatched very quickly and efficiently. A manufacturing defect required one item to be returned - this was handled extremely well. I will use Quiet PC again and have no hesitation in recommending them to others.”