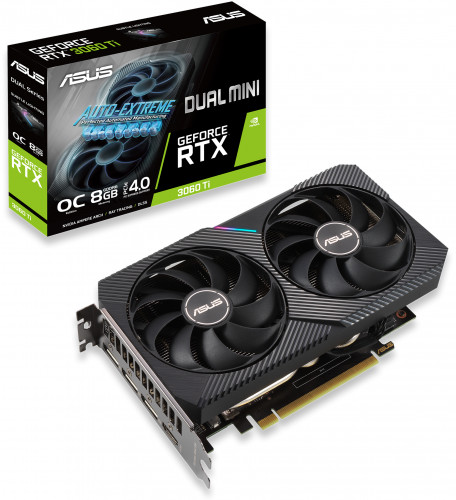 The Dual GeForce RTX 3060 Ti MINI Graphics Card is designed for compact gaming builds and the Intel NUC 9. Features like the Axial-tech fan design, a custom 2-slot thermal solution, and Auto-Extreme Technology make the MINI an obvious choice for those who want an SFF system capable of rivalling the graphics performance of full-sized builds and burly desktops.

To eliminate unnecessary noise, a stop mode halts all fans when the GPU temp falls below 50 degrees and power consumption is low. 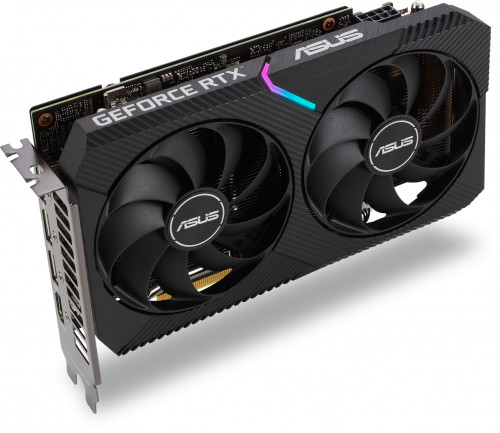 A 144-hour validation program puts cards through a series of stringent tests to ensure compatibility with the latest games.

The ASUS GPU Tweak II utility takes graphics card tuning to the next level. It allows you to tweak critical parameters including GPU core clocks, memory frequency, and voltage settings, with the option to monitor everything in real-time through a customisable on-screen display. Advanced fan control is also included along with many more features to help you get the most out of your graphics card.